Not much to post today.  Honestly, yesterday's excitement was enough to last the entire trip.  My camping spot in Bearmouth was great, but the trains were loud.  Fortunately, they ceased passing by about 11:00pm.  I suppose if they didn't, I was just too tired to hear them by then.  When I arrive at a camp site, I can set up my camp in a flash.  I suppose I'm still tweaking from my day's ride and the excess energy comes in handy.  I need to do something to keep me busy until I can decompress and after five straight nights out, I have it down pat.

Packing up to leave is a different story.  I'm excited about the day's ride, but not energized like I am the night before.  I have a process and I get it done, but it takes longer.  I packed up camp this morning and once again saw my friends from Kentucky riding by.  We were heading to the same area - Lolo Pass.

Lolo is another iconic route that crosses the Montana/Idaho state lines and has about 100 miles of ascents, descents, twists, and turns.  The principal different between Lolo and many other routes is that you can rage through at 70mph and carve corners like a pro...even when pulling a trailer!

After the excitement Lolo, the rest of the day was pretty bland.  That's how these trips go sometimes.  You tolerate the boring stuff and savor the twisties.  I discovered a nice curvy nugget of a run outside of Lewiston, Montana called the Old Spiral Highway.  Other than the roads being pristine, its name measured up and it was an excellent 30-minute "shortcut" from 129 north yo 95.  Unlike Lolo or Beartooth, Old Spiral is not destination worthy, but if you're in the area, it's well worth the ride.  It looks like intestines in the satellite map. 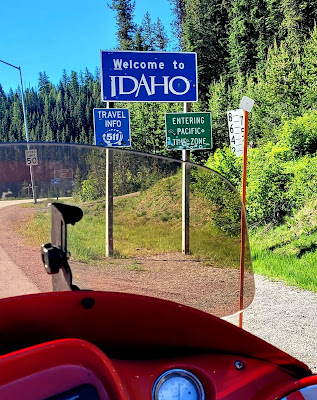 The old Spiral Highway dumped me out near the Washington state line and from there, the rest of the day was pretty boring.  The rolling hills and and brightly colored meadows are so vivid and vast that they appear to be digitally enhanced until you remember you're looking at them in person.  They provide a nice distraction while I'm riding and listening to my audiobooks, but they don't compensate for the temperature extremes.  Lolo was in the 40's when I rode through, whereas Washington was over 100 degrees.  I found a nice little camping spot on Lake Soap and once again energetically set up my simple accommodations.

Tomorrow I'll ride the curves of WA20 north by northwest across the Deception Pass bridge an into Whidbey Island.  I last rode Hester there with my mom eleven years ago. 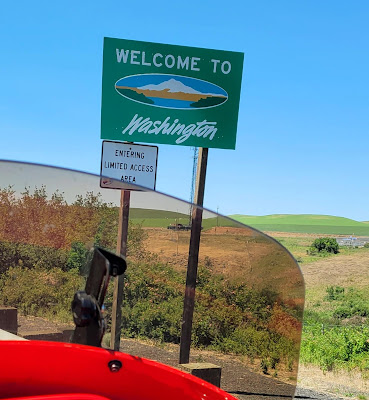 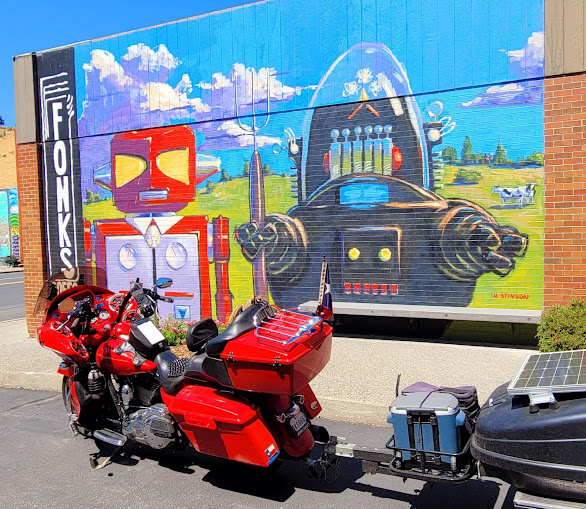