Decision Made - Staying South of the Border

Sometimes decisions are easy when they're essentially made for you because your options are severely limited.  I as much as I loathe being told where I can and cannot go, I'm even more averse to unnecessary risks.  One such decision has been the topic of a few recent blog entries.

I have been debating attempting to cross the border into Canada and heading up the ALCAN for a ten-year reunion with Alaska.  Prime Minister Trudeau is a bigger idiot than Joe Biden and the restrictions he's imposed are not only crushing Canadians' vacations, they're crushing the Canadian economy as well.  Despite the restrictions, I feel confident I have verifiable documentation for justifiable means to cross in order to "provide an essential service in Alaska".  All I would need is a 72-hour negative China virus test result.  Returning home would be allowed under the provision that I am returning through Canada from essential work, back to my home state.  Again, another virus test would be needed.  Even with my ducks in as much of a row as ducks might get, the final decision is completely subjective and would be up to the Border Agent in duty when I arrive there.  If I get the wrong guy having a bad day, I'm I'm heading south.  I decided that was more risk than I want to take.

I will stay in America where things are increasingly opening up as citizens stand up and demand to reclaim their freedoms.  As such, I've selected some interesting routes that will take me WAY off the beaten path and force me to ride slower, fewer hours per day, and to actually breathe.  While on the Alaskapade in 2011, I rode crazy 900-mile long segments for days on end. I think I'll slow my roll a bit on this trip.  My motivations are very different a decade later.

I plan to meander my way through New Mexico and  the most iconic northbound routes in Colorado, making my to Red Lodge Montana - the start of the Beartooth Highway.  I'll camp wherever between home and Montana and get there when I get there. 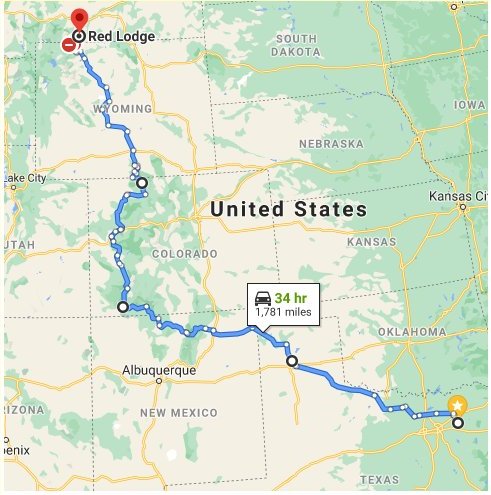 From Red Lodge, I'll ride the Beartooth Highway westward and make my way up to Whidey Island, to which I last rode in 2010 with my mom.  I'll take the Keystone Ferry to Port Townsend/Coupeville and make my east to La Push, WA.  From La Push, I'll start hugging the pacific coastline and ride 101south into Oregon.  I'll have a short tourist stop/photo op in Bend, OR before heading back to the coast and riding south into California.  Once in California, I'll make my way to PC101 and ride the iconic Pacific Coast Highway down to San Luis Obispo.  I'm considering a run all the way south to San Diego, just to say I did it, but will decide based on the time I have left in my schedule.

From either San Diego or San Luis Obispo, I will make my way to Yosemite National Park and then up to Lake Tahoe to a attend a gathering riders that we've had for the last ten years.  While in Tahoe,  I will park the trailer and actually spend five nights in a hotel, which will be a welcome change after two weeks in a tent.  I plan to head back home the following Friday, with a stop somewhere along the way.  It would be nice to be home for Independence Day.

That's it folks.  It ain't Alaska, but I'm going to make the best of it and capture some drone and surface level footage and lots of photos. 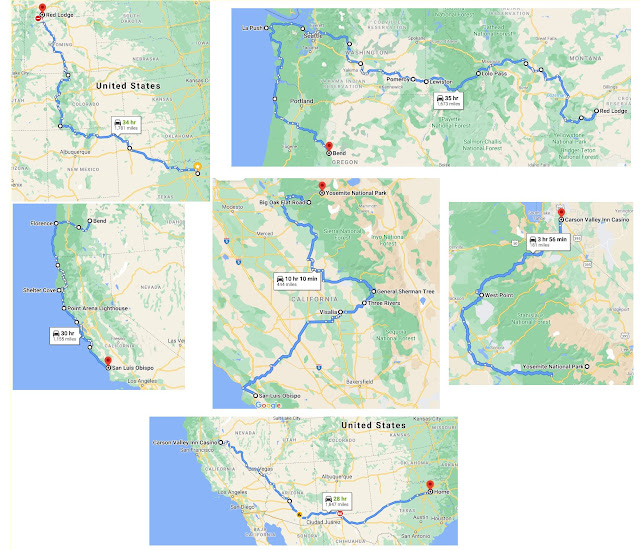