Just Another Trip - NOT

Wow!  Too cool, people.  Thanks for reading my babel and for being patient.  The posts should become more trip focused as June approaches. In the meantime, my head remains filled with random fodder that tends to spill out on the blog.  So, I'll keep posting and hopefully you'll keep reading.
I've decided that since Google AdSense refuses to respond to my appeals for reinstatement, I shouldn't give them anymore traffic.  I've tried to see things from their point of view, but I can't get my head that far up my own ass. I'd rather go Galt on them than let them benefit from my efforts.
To that end, Alaskapade.com will be launching shortly...just as soon as I can find the time to figure out the publishing tools provided by my hosting company.  Stay tuned and I'll post my progress and links here.

I was fortunate to spend the holidays and most of January off the road, working from my home office. Chaucer said "all good things must come to an end" and so it was for my working vacation from home.

Yesterday, I was carrying out my usual Monday morning routine negotiating the travel machine at DFW airport. Monday mornings can be a traveler’s hell at DFW with all the business fliers fighting to make their morning departures.  Fortunately, the vast majority of people in the terminal are professional passengers who, like me, fly most every week.  Unfortunately, we pros still have to face the Security Theater shakedown that is the TSA who despite carrying out their routine every day, still appear as coordinated as dogs mating – the two actually doing the work are usually surrounded by a pack of semi-interested observers.

Anyone who knows me knows of my pertinacity. I am not the most patient man on the planet.  When it comes to travel, I have even less patience for rookies.  I know that some people are put off by the existence of elite level traveler “express” lines in airports.  Me?  I’m put off by the fact that rookie travelers aren’t corralled into their own separate terminal.  There, they could wander around slothfully and aimlessly, stand in the middle of the corridors blocking traffic while staring up at the departure/arrival monitors as their kids scream and roll on the floor, argue over the size of their “carry-on” luggage with the ticketing and gate agents, wait till they get to the front of the line to fumble for their ID, and forget that their cell phone, keys, and iPod, all have metal in them as they set off the metal detector over, and over again.

When it comes to passing TSA screening, I am the epitome of efficiency.  George Clooney’s character Ryan Bingham could take lessons from me.  I can doff my shoes and coat, have two bins filled, my pockets emptied, and be waiting to pass through the metal detector faster than President Obama can dream up a new entitlement program for America’s new crop of moochers.  Today was no different. I checked for the departure terminal from my cell phone and rode the parking lot bus to its last stop at my terminal – bypassing the “correct” stop, knowing that the line for screening at the last stop is always the shortest because the rookies usually get impatient and hop off the bus early.  I received my boarding pass on my smartphone last night, so I don’t even need a paper copy.  (That’s as green as I get, people.) I patiently waited my turn in line and then placed my two laptops, coat, and shoes into the plastic bins. I put my watch, phone, and change in one of those little dog food bowls and waited for the TSA agent to wave me through.  That’s when the unthinkable happened.

I set off the metal detector.

I heard the beep and bumptiously ignored it thinking it came from some clueless rookie passing through the detector to my left.  After all, it couldn’t be me.  The TSA agent held up his latex gloved hands in a halt position and proceeded with the usual questions.  I can only image the look of contempt and that unspoken smug expression of “really” on my face.  The conversation went something like this:

“Do you have metal objects in your pockets?”

“ My pockets are empty.”

“Do you have a cell phone or change in your pockets?”

“In my pockets that are empty?”

At this point, the TSA guy’s face pretty much matched mine.  It was a smug stare down except he was wearing a badge.

“Back up and proceed through the detector again, slower this time.”

The alarm beeped again.  Suddenly, I’m that guy in the airport that I loathe. The people in line behind me were now looking at me like I would have looked at them.  As I looked at their rolling eyes, I felt as if I could hear their thoughts…
“Retard”, “Douche”, “ROOKIE!”.

I frantically patted myself down in what must have looked like an old time movie being played at fast forward speed, shrugged my shoulders, cursed the metal detector, and then walked forward again.

Now I’m silently calling myself a retarded rookie travel douche and vocally questioning the functional integrity of the metal detector.

As I was descending from low earth orbit, the TSA agent asked me to step into what he called a advanced passenger imaging machine. I call it a radiation chamber and politely refused, requesting an enhanced pat-down instead.  Actually, I wasn’t very polite.

“Why don’t you get one of those guys holding the wall over there up to do the job I pay them to do and just pat me down so I can board and do the job I get paid to do.”

“Come with me, please” said another voice.

They patted me down alright.  But they took me into a closet-sized office behind a locked door to do it.  I surrendered my ID (Concealed Handgun License, not my driver’s license; my attitude was still south) and boarding pass as requested.  After the most thorough pat-down I have ever experienced, I was tempted to ask for a note to give my doctor as a credit to bypass my next prostate exam.  Before I left the closet, an apparent agent in civilian attire asked “Is this you?”  Thinking he was talking about my CHL, I replied “yeah, my hair is longer, but that’s me.”  He turned a computer monitor towards me, pointed, and said “No, this one.”  The photo was the one with my INFDEL license plate used as my avatar for this blog. He turned the monitor back before I could read the text near my photo. “Yeah, that’s the same expression you had in line.”  I gotta tell you, my expression was different after that.  I think it’s cool that this blog is approaching 10,000 hits, but this is the kind of attention a frequent traveler like myself does not want.  I'm a marked man.  I’m also assuming this entry will be read too.  No opinions in this one guys; just the facts.

They attempted to re-pack my roller bag, which was full of cables, USB memory sticks, batteries, antennas, and countless old hotel room key cards.  I offered to do it myself stating that there was a method to my apparent mayhem.  They agreed, released me, and I made it to my gate with time to spare.

So what set the alarm off?  Well, that was (gasp) my fault. I almost always carry two challenge coins around with me. One is a symbol from Atlas Shrugged, the other a symbol from my past.  With both of them in the pocket the dress slacks I was wearing, the jingle and clank sound with every step was really loud, so I separated them and stuffed the NSA coin into my back pocket.  I apparently didn’t feel it during my frantic free form rookie retard self-initiated pat down.

I normally pick up a whole wheat muffin for breakfast from one of the DFW airport vendors, but I skipped it today.  After all, I just ate a smorgasbord of humble pie.  I sure hope it was low carb.

No, it isn't. I'm not a bucket list kind of guy, but I did enjoy that movie with Jack Nicholson and Morgan Freeman.  It's possible that the list of stuff I've already done is probably longer than most people's bucket list. It's certainly longer than mine; that is, if I had one.  I don't; really.

Some of the events in my life would be lame by some other peoples' standards. But, compared to most of the people I personally know, It would be like comparing a stamp collector to a sky diver.
Still want to do (but have not placed into a bucket list):
Ride my Harley to the Arctic Circle
Drive a rail dragster
Drive a NASCAR
Hang Glide
Fly a helicopter
Become a licensed pilot
Climb Mount Everest

...if you're into that sort of thing. I'm not, but that eyeball thing is pretty cool and Imbolc is no less idiotic than Groundhog Day, the Easter bunny, or global warming. 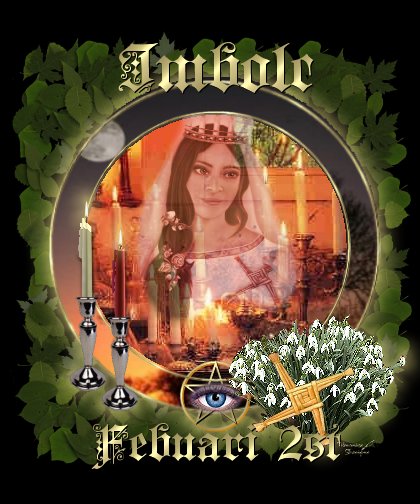 Picturing Myself On Top of the World

On Top of the World has been a motto of sorts floating around in the back of my mind over the last few months as I've been preparing for the Alaskapade.  I want to ride to the top of the world, camp on top of the world, take photos of Hester on top of the world, and (if there's connectivity) post a blog entry from somewhere on top of the world. You get the point.  I can think of a few other things I'd like to do up there, but I'm making this trip solo.
My family discounts it all as selfish and a frivolous waste of time and money. I am fortunate to have friends who actually understand me enough to appreciate my reasons for taking this trip and are encouraging of my efforts. One of them is very creative graphic artist who's talents compensate for her being a Green Bay Packers fan. So this weekend, she and her husband presented me with a cool shirt that surprised me and really cracked me up.  Wearing it in public will likely generate equal confusion when viewed from the front or the back, although the front will definitely raise a few eyebrows and probably turn a few stomachs.
Few people will get it, but fewer people actually get me, so I can't wait to wear it.  I know just the place.
Posted by Scott "Shrug" Wilson at 1:07 PM