Today was another stellar day of twists and turns with practically no traffic. I rolled out of the Ouray KOA about 9am. Camping solo, a KOA is generally my last choice. They are always clean, well staffed, and the amenities are consistent at any KOA in the country. The drawback is that they are generally packed and expensive for tent camping with no electricity or water. When I rolled through Ouray, I was tired and didn't want another camp hunting experience like the night before. So the KOA it was and it turned out to be a great night. There were a dozen or so bikes there from all over the country and I stayed up after midnight chatting it up with guys on BMWs, Hondas, KTMs, and Indians. I really enjoy engaging conversation and it's especially nice when the (insert brand name here) snobs don't denigrate every bike that isn't theirs. I was so relaxed I even drank two beers!

Today's itinerary was north. I would like to get more specific than that, but I really had no concrete plans. Red Lodge, Montana was more than a day's ride away (for the new relaxed Shrug; not that older in-a-hurry guy). My goal was to find a place to camp somewhere in Wyoming and hit Red Lodge on Saturday. In that pursuit, I only spent about twenty miles on interstate 70 connecting from one small road to another. Other than that, I've managed to stay true to my plan of riding fewer miles at slower speeds.

Irrespective of my diligent planning, I still forgot to pack a pair of shorts. I was looking for a place to sit a while and nurse a drink, check maps, road conditions, and generally cool off. I settled into an Arby's in Rifle, Colorado because their dining room was open. So many chain restaurants are open for drive-thru only because nobody wants to work these days. I get mad enough to spit when I take the time to park Hester and Pearl, dismount, and secure my electronics only to find the dining room closed with a notice on the door written on a Post-it note. I've learned to look inside before I even bother to park. A couple of people walked out as I pulled in, so Arby's it was. We all need reminders in life. I was reminded today why I don't eat at Arby's. But I digress. Arby's shared a parking lot with – you guessed it – Walmart! I picked up some cheap shorts and a few other nicnacs and was reminded also why I don't like Walmart.

While enjoying the Arby's air conditioning, I got online, looked-up, and called a few places in Red Lodge Montana to assess the viability of riding there and subsequently westward on the Beartooth Highway towards Idaho. The forest fires have been contained and those still burning were east of Red Lodge. The two campsites I called (one of which is a KOA) were both open.

I pulled out of Rifle and headed north towards Medicine Bow, Wyoming. At the outer edge of Colorado, I rode past a few kids running a lemonade stand. Of course I had to make a U-turn and stop. My back teeth were practically floating from all the tea I drank at Arby's, but these kids were sitting in the summer heat trying to earn a buck. I pulled up, had a couple of glasses, expressed my appreciation for their embracing capitalism, and rode on. 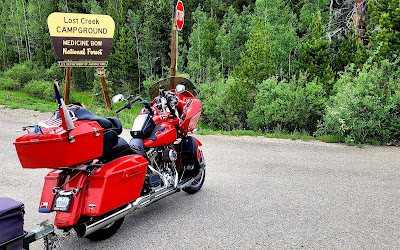 Wyoming has some amazing mountain passes and some depressingly flat stretches of road that seem to all be under construction. I was cruising through the Medicine Bow National Forest and saw a turnout for the Lost Creek Campground. A quick U-turn later I found myself backed in to some secluded woods with a running stream behind me. There were multiple campsites, but all were very well secluded from each other. I enjoyed a great conversation with a guy named Ken who frequents the camping area. Ken had a killer camper trailer setup with a 250cc Honda dirt bike that he rides up into the woods to fish. He had a roaring fire and lots of great stories. I want to retire like Ken someday.

Today was really a good day. I think I'm getting my adventure legs. My mood is changing and I'm embracing the new slower-paced, less-structured Shrug. I'm pretty beat; sleep will come easy tonight. The plan is to ride to Red Lodge, Montana on Saturday. 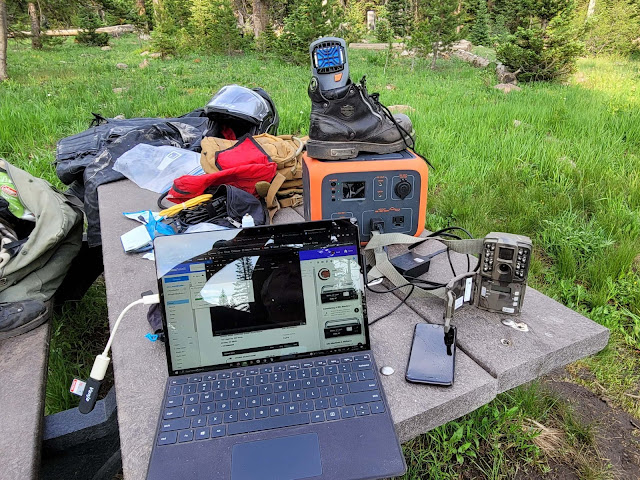 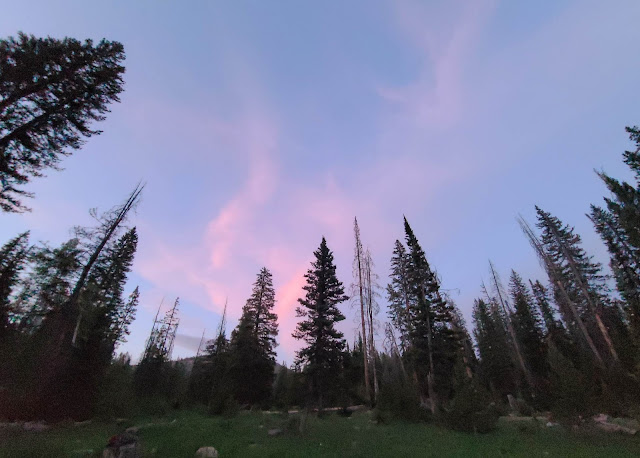 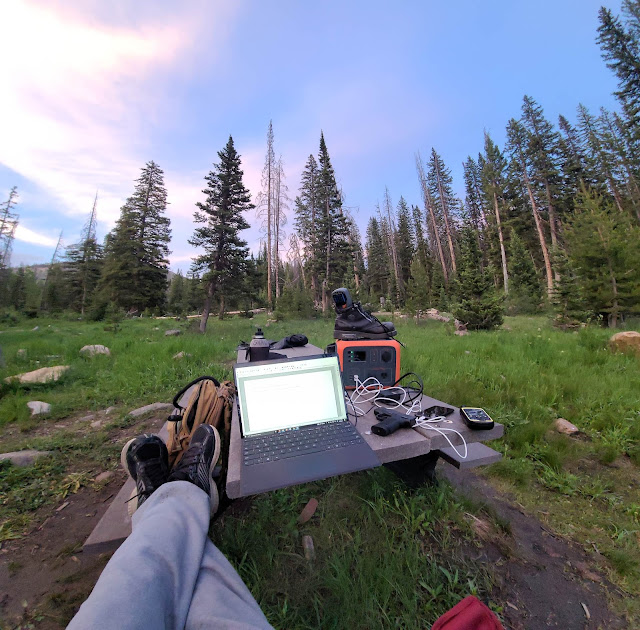 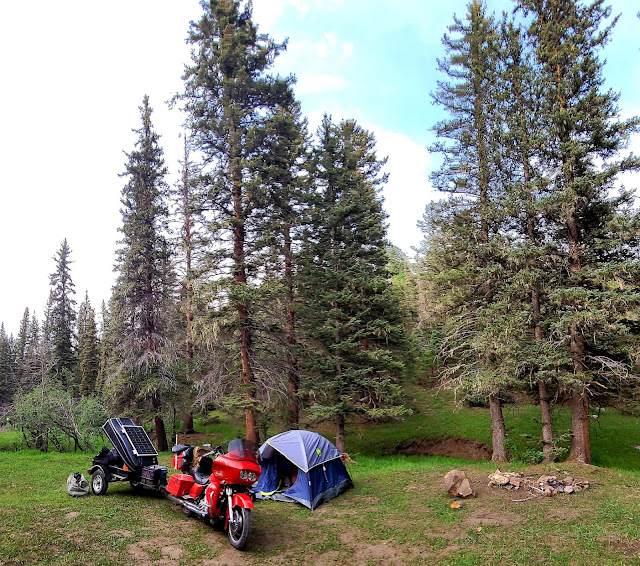